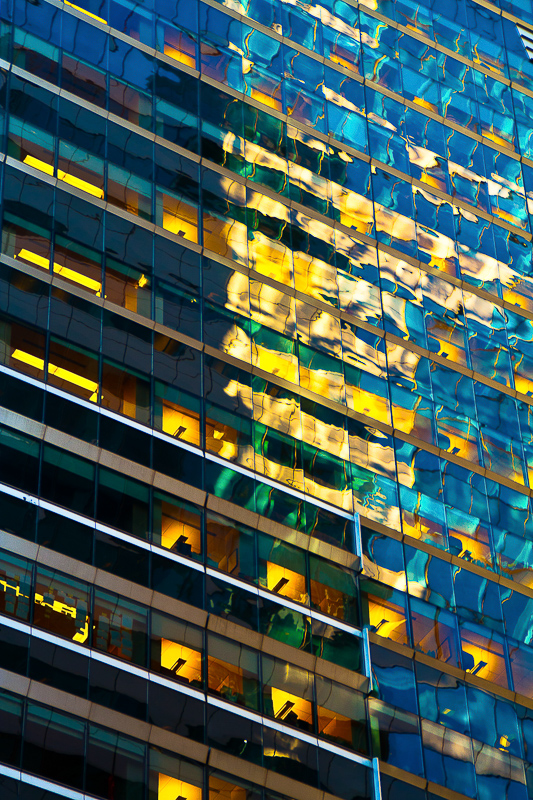 This photograph was captured on January 10, 2007, in New York City by a back-then 22 years young photographer named Hiatt Zhao.

As he was walking around Manhattan he was not impressed by the people on the streets going about their business, but was more impressed by the skyscrapers and the reflections that they produced. He saw that people on the ground often don’t look up to appreciate the beauty that is surrounding the concrete jungle in arguably one of the greatest cities in the world.

Hiatt captured this image by using a Canon XT Rebel DSLR with a Sigma zoom lens that he bought with the earnings he saved from participating in a chemistry research summer program on PbSe quantum dots at the University of Rochester in 2005. This photograph’s location is a mystery since there was no GPS function built into the digital cameras back then so its exact location was not recorded. Like a puzzle to be solved, this missing information invites the viewer to find its location in Manhattan.

The title of this photograph was called “Transition” due to its realistic and surrealistic qualities, like something that is in the middle of a transformation. However, Hiatt changed its title to “The Waged Slaves” in 2022 because he sees the poor working individuals in each fancy office in the photograph as indentured servants, working for the Almighty Dollar so they can buy the things they don’t need, with the money they don’t have, to impress the people they don’t know. Maybe the title can also be both since people are always changing and so is their desire for money.

An art critic named Dan Brown wrote this in a personal letter to the artist about this image:

This is an image that really “speaks” to me. First, I absolutely love the colors: blues and golds and coppers - a sophisticated color palette, if you don’t mind me saying. Second, I adore the way that the lower left hand corner is sharp and crisp, as if rendered by a realist painter in the style of Dutch masters, and then it slowly transitions to the upper right hand corner into distorted, undefined colors, as if rendered by an impressionist like Monet - if he had access to the paint pigments of today.

I’m not much of an “art snob” and I am seldom very good at “interpreting” art, but if you were to ask me what this particular photo symbolizes, then I would have to say life. Meaning, sometimes our lives are clearly defined and easily recognized, while at other times our lives are little more than a blurry haze of colors - hard to describe and define, but still amazingly beautiful. Maybe you consider this picture just one of thousands that you have taken, but for me, it has special meaning and I thank you for that.

Hiatt has captured thousands of these “architectural reflections” photographs and have exhibited in numerous galleries and offices around the world, such as New York City and Shanghai.

This particular photograph is the first of 8 editions with a dimension of 24 inches by 36 inches, printed in 2010 and framed by the artist. Only three editions have been printed so far. The second edition is an 8 inches by 10 inches print owned by a collector. And the third edition is in a form of a wall sticker that is on the artist’s bedroom wall. There are now five unreleased editions left, but Hiatt doesn’t want to print anymore at the time of this writing.

The answer is: Why not? You’ll never get something if you don’t ask for it.

Hiatt pledges that half of this photograph’s proceeds will be donated to charities and people in need. 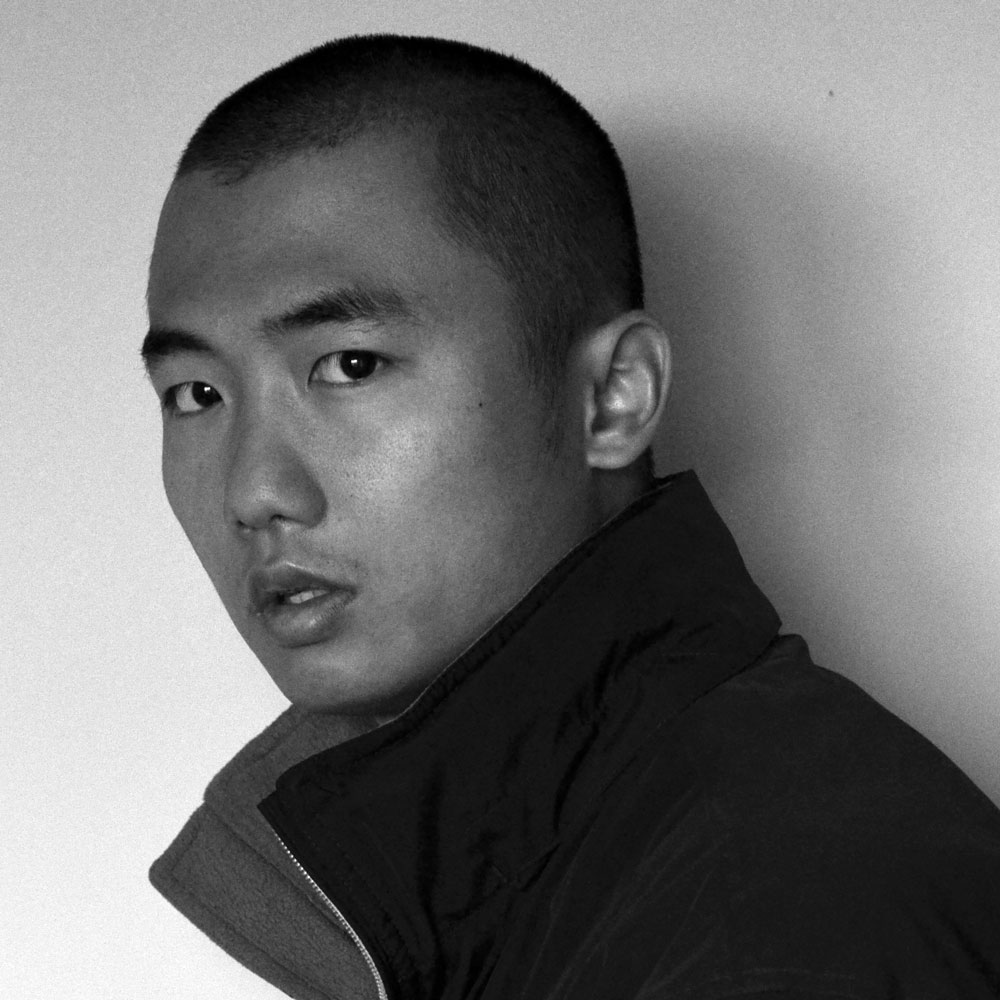 Made in China and assembled in the USA, Hiatt was born in Beijing and moved to the US before becoming a teenager.

After receiving a secondary public education in Madison, NJ, he spent the summer between high school and college traveling across the United States. After 45 days riding Greyhound buses, Hiatt captured over 6000 photographs and visited over 30 cities. Consequently, this trip had a dramatic effect on his photography interest.

Soon after, Hiatt attended the University of Rochester (Rochester, NY) majoring in chemistry with a management certificate in accounting/finance, along with pre-med. Although he finished his degree in three years, his interest in medicine changed after college and he returned to his passion in photography.

Hiatt has been taking photographs for 20 years and is best known for his abstract architectural series. His photos have been exhibited in galleries since Hiatt was 19 years old. Collectors often include leaders of corporations and private institutions have also used his photographs commercially.

Moreover, Hiatt has a master degree in finance and currently works at Vanguard as an application engineer to help people reach financial freedom.